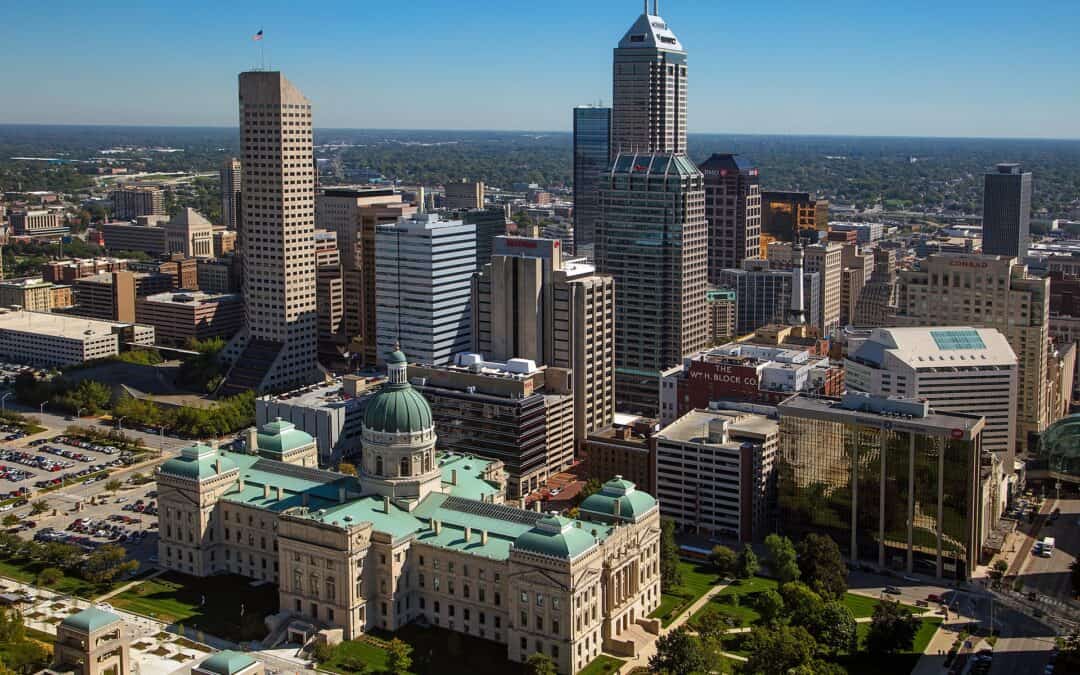 2020 has obviously been a crazy year. COVID-19. Absolute disruption throughout the economy. The multifamily industry has been relatively stable, as a whole. Certainly we are about a percentage or two down in terms of occupancy, collections, delinquency, but compared to the rest of the economy, things are going all right nationally. Regionally, that may not be the case. There are some very clear differences among the high-performing and under-performing multifamily markets, and a recent report from Yardi Matrix captures these differences in detail. That’s why it’s important to consult with a multifamily real estate investment company to see what your best options are during these times.

So, you know, it is a tale of two cities out there with some markets, absolutely seeing a blood bath in terms of rent declines occupancy drop. And then there’s some other markets, markets that aren’t typically at the top of the list and one in particular, I’m very excited to talk about that is at the top of the list and is relatively stable and actually really doing pretty well. So again, depending on what market you are in, things are either really great or not that great at all.

Basically this report foregrounds some massive disruptions and issues in some of these primary end gateway markets, particularly Manhattan. In fact, Yardi Matrix frames their report on the fact that a select few of these larger markets are pulling down the numbers for multifamily performance nationally. New York City is having problems, as is San Francisco and Los Angeles, and these location-specific issues have nation-wide impacts because of the size of these markets.

I think New York’s going to come back, but there are a lot of issues right now. So let’s break this down: The core trend here, and it’s one that has rewarded Gray Capital’s focus beyond places like NYC and LA, is that secondary markets are outperforming primary markets. We feel like there is a lot of market inefficiencies and that’s basically that, when we talk about market inefficiencies, there’s mispricing of assets. There are smaller markets that do very well, but because for whatever reason, there’s not as much investor interest, sometimes the prices don’t get bid up. And then conversely, there are some markets, significantly primary markets like the New York Citys, the San Franciscos, the Miamis Los Angeles where so much capital that flows into those markets because a lot of the capital sources are from those markets.

I mean—New York City—everybody likes to invest in their backyard. And so, if you’re from New York, LA, or Miami, it’s easy for you to say, “Hey, let’s get something local. We know this area.” And that just drives the prices up. These markets are full of high income earners who don’t mind investing in these higher-priced assets, and for a long time, they could count on their high-priced assets as sensible investments.

And so, it can work for awhile and there tends to be a lot of appreciation. But what you see is you see this massive appreciation, but then you see the bubble being burst and major corrections. We’re seeing one of those corrections right now. And for that reason, we primarily focus on secondary markets and tertiary markets where we may not see the extreme booms, but we don’t see the busts that are associated with those major booms.

Stability and Success in Smaller Markets

We tend to prefer steady growth markets at Gray Capital, places where, if they are in a downturn, they continue to grow or flatten. The standard deviation, the swings aren’t as much. There’s less volatility. It helps us plan helps us be more consistent. And again, we think that there’s a major opportunity because of the inefficiencies in the market. You can take the low, this incredibly cheap debt, the low interest rates go into a market that has slightly elevated cap rate and get some pretty good yields.

On average, multifamily rents in August increased by $1 across the board in the United States. That’s good because we were seeing some declines, but seeing some pickup in rent, even by it’s just a dollar, is certainly a good data point that we’re at least stabilizing and the bleeding has been stopped. Another good reason why that metric is important is because, when the CARES act expired, we lost that additional unemployment benefits and, there was a concern that we would see a major drop-off. This is a good sign and shows that the consumer and the residents who choose to rent are in a relatively good position and can absorb some rental increases. And the unemployment rate being cut in half since the peak, that certainly has been helping.

The lifestyle asset class is what we’d call the renters by choice. Typically, properties in this asset class have full amenities, brand new granite countertops, resort style pools, and similar luxury / lifestyle feature. This class is being hit the hardest. A lot of this negative impact is because landlords were pushing rents more than your workforce housing and renters by necessity asset class, and so, 22 of the top 30 markets were experiencing negative rent growth in August.

On the other hand, the renters by necessity asset class held up well since the beginning of the pandemic, with only eight of the top 30 markets experiencing negative rent growth in August and with the national rent by necessity class increasing rents by 1%. That’s pretty good. Another 1 million Americans filed for unemployment this week, ending August 22nd. With the expiration of additional unemployment benefits, many Americans are struggling, but rents have not fallen off a cliff.

The NMHC rent tracker has shown relative stability in terms of rent payment rates, and the Yardi Matrix report goes a little deeper to show how multifamily performance indicates some clear winners and losers, the latter of which was mentioned earlier in this post. Again, New York City, Miami, LA, and San Francisco are not doing well, but of the top 30 markets included in this report, the best performing market is Indianapolis, IN.

Gray Capital is from Indianapolis, but we don’t choose Indianapolis for our investments because it has the highest rent growth in the nation. Again, we like Indianapolis because of its highly diversified economy. It’s just a steady market. We don’t see the booms. We don’t see the busts. And we’ve been saying that for a while now. I was investing in real estate just prior to last the great financial crisis, but I really got involved post-crisis. We liked investing in the Midwest because we really see much less volatility. And this isn’t to say “We were right. I told you so.” It’s just nice to see that our investment thesis is actually playing out. We can’t predict the future. Every crisis, every economic event is different and affects different markets differently. But finding a market with stability and strong fundamentals goes a long way toward weathering future crises that could spell catastrophe in larger or more volatile markets.

UPDATE: Yardi Matrix has since published another report on multifamily performance for the month of September, and the fundamental issues and trends remain the same between the September and August reports. The topline note in the September report echoes the takeaway from the previous month. Under the title “COVID-19 Accelerated Decline of Underperforming Metros,” the study finds that “[t]here is little change between the best- and worst-performing metros in September and February . . . The commonality among the top-performing metros is their lower cost of living.” The link between September and February is particularly notable as it suggests that the recent performance of these multifamily markets tracks with longer-term trends that pre-date the coronavirus pandemic. Indianapolis, for instance, remains near the top of the list in terms of year-over-year rent growth, and the city is the top market for forecasted rent growth through the end of the year.

For more of our thoughts on this report, take a look at the video posted above, and if you’re interested in up-to-date news and research on multifamily and commercial real estate click the button below to sign up for our weekly newsletter. We work hard to stay on top of the latest ideas and information from the multifamily industry, and we are committed to sharing our knowledge and expertise.