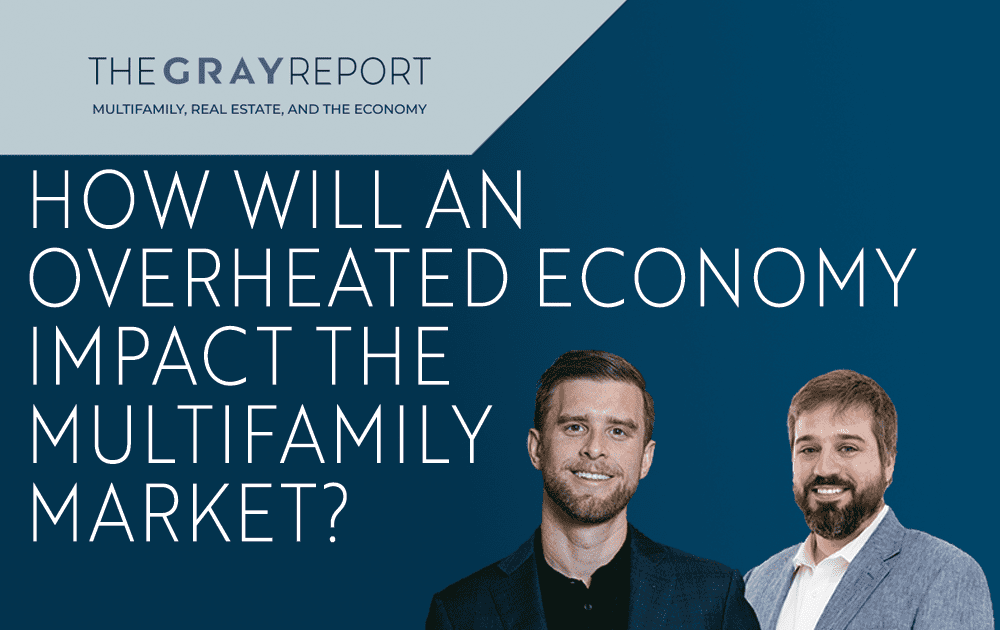 Every week, The Gray Report publishes a video and podcast that covers the latest news, research, and reports from the multifamily industry, commercial real estate markets, and the economy. Below are some of the notes associated with our weekly video, podcast, and newsletter as well as the links to the sources that we discuss. These notes may be rougher and more conversational compared to other blog posts and publications from Gray Capital, but they provide additional insight into our ongoing discussion of the most important news and research for apartment investors.

CoStar: “Multifamily Demand Expected to Cool over the Next Six Months” https://www.costargroup.com/costar-news/details/multifamily-rent-growth-across-the-country-cools-in-q2

Bloomberg: “Rents in US Rise at Fastest Pace Since 1986, Buoying Inflation” – https://www.bloomberg.com/news/articles/2022-07-13/rents-in-us-rise-at-fastest-pace-since-1986-buoying-inflation#xj4y7vzkg