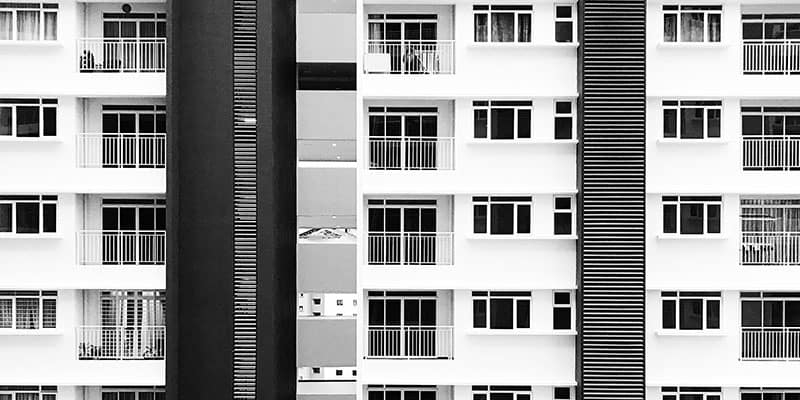 I remember visiting San Francisco recently and hopping on apartments.com to see what apartments were renting for in the area where I was staying.

Apartments seem really expensive right now. Whether you are looking to rent, or are an investor looking to buy a property, the prices being tossed around just seem too high. And you’re not wrong, rent has been growing by 3-7% per year for the past decade and cap rates have compressed from a national average near 7% to now below 5.5%. According to the US Census the average rent in the US in the year 2000 was just $602 per month, that average is now over $900 per month. In San Francisco Class A Infill multifamily assets are trading in the 4% range.

This is all not to mention that there isn’t a county in the USA where someone earning minimum wage during a 40/hr workweek can afford a 2-bedroom apartment.

One could believe we were at a peak and that prices have to come down, that they should come down. While that is happening in a few overbuilt markets, as a whole we are still way behind delivering the adequate supply demanded by renters for today and tomorrow.

We Need to Build More

The only solution is to build more units and to maintain the ones we have.

According to the National Apartment Association, the United States will need 4.6MM new apartment units by 2030. Their study also indicated that over 11.7MM existing apartments must be renovated to prevent older properties from deteriorating into inhabitability.

As the population grows, ages, and continues to prefer to rent over owning a home, the demand for apartments shows no clear sign of slowing down. Even for those who enjoy the idea of home-ownership, the prospect is often out of the question with mounting student debt and single-family home inventories at historical lows.

After the Great Financial Crisis shook the economy and the real estate industry, there was a major slowdow in construction lending and building of new housing in general. While some markets like Las Vegas, Miami and Phoenix were massively over built, other markets may have been overpriced but the supply was still being absorbed. As builders stopped building across the US, the population continued to grow, and people still needed a place to live. We are still getting back on our feet and are very much behind delivering an adequate supply of housing to meet this continued demand.

The demand isn’t just from current and future renters that is resulting in higher asset prices.  Multifamily assets as passive income generating investment vehicles are becoming more and more popular. Savvy investors sick of the volatility and manipulation of the public stock markets are more often diversifying a substantial portion of their net worth into real estate, multifamily included. Foreign investors looking for a safe haven to invest their capital are also continuing to turn to US real estate.

While the macro fundamentals for multifamily assets are strong, the global financial system is still dependent on cheap money being pumped into the global market by central banks around the globe.

There is now over $17 TRILLION in negative credit floating around global markets today. As central banks in Europe and Japan continue to use new monetary policy techniques such as negative interest rates, other central economic planners around the globe are taking note. There’s even been significant discussion in the United States of bringing the Federal Funds rate below 0% to stimulate the economy. While Jerome Powell and other Federal Reserve Presidents have dismissed the idea, it is certainly a tool that they are aware of. No one should be surprised that in the next crisis there will be hesitation in the US to bring rates below 0%. The result of this financial engineering is lower interest rates across the board that will feed the global addiction to cheap money. This will further distort markets’ ability to price risk. The end result, however, is lower interest rates which mean a lower cost of borrowing, which over time leads to lower cap rates and higher prices for real assets such as real estate.

Lastly, baby boomers are retiring at a rate of 10,000 a day and many are under prepared for retirement. With bonds delivering historic low returns, there are fewer investment vehicles that have the ability to generate sufficient income during retirement. This will lead more boomers to choose cash flowing real estate to supplement their retirement income when traditional fixed income products won’t yield an adequate return.

Markets are still cyclical and few things in the universe move in a straight line, however, over the long term there are such great macro forces driving the fundamentals of multifamily real estate that it is hard to envision a scenario where the general mega trend of growth subsides.

However, it would be foolhardy to stick one’s head in the sand and just say that all is good forever. There are three major threats to the multifamily investment thesis:

And some known unknowns: Will there be pullbacks? Yes.

A Slowdown? We’re in the middle of one.

With a long-term hold mentality and by choosing markets and assets that are best positioned to outperform over the long run multifamily properties still provide one of the best risk adjusted returns available anywhere.